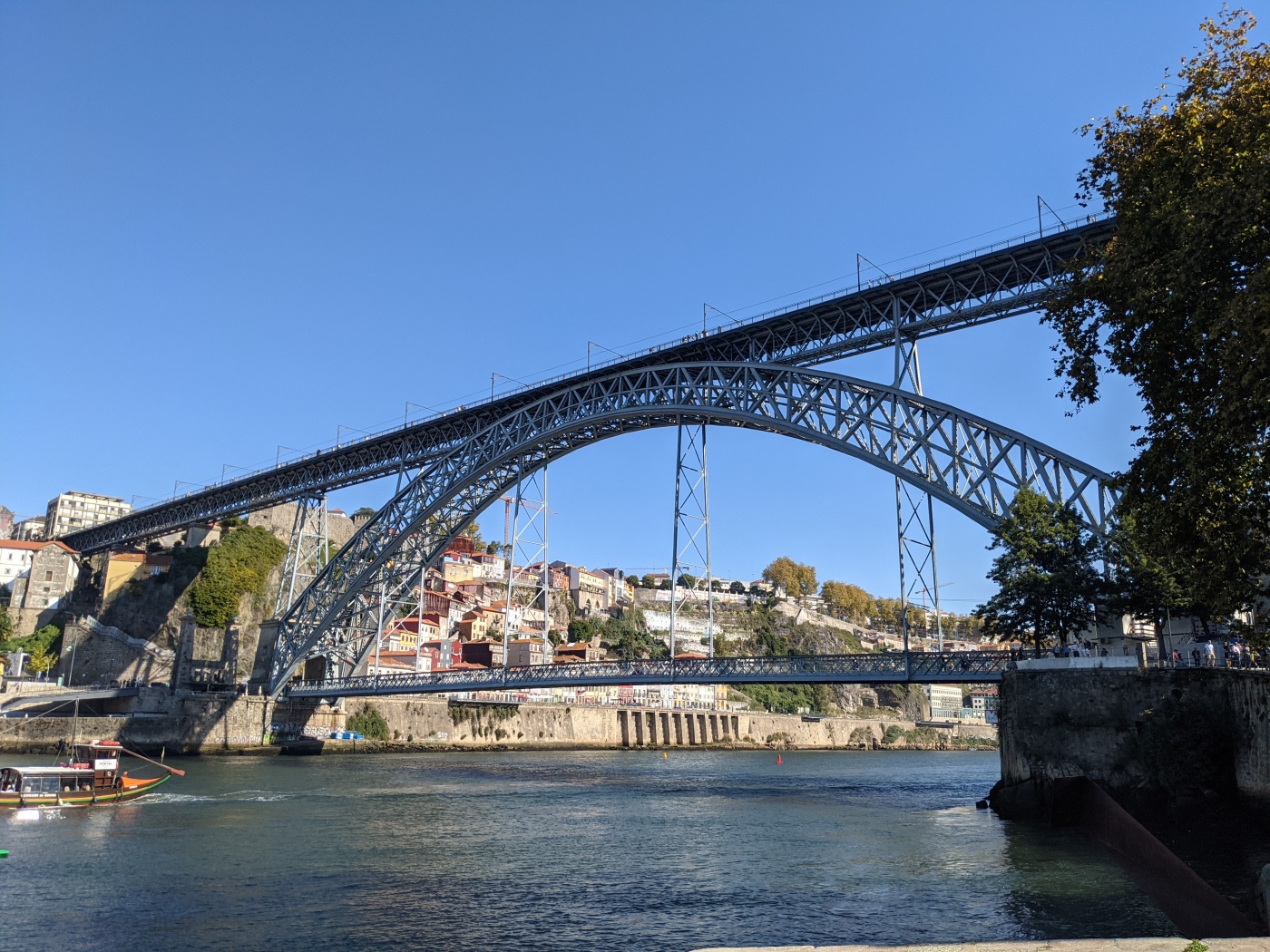 A lazy start with breakfast in the hotel at around 10 am. The food was good; a typical continental spread.

After breakfast, and lathering on the sun screen we went for a stroll, passing by the station at Sao Bento which has amazing painted tile walls. We also noticed the painted tiles on the front of the nearby church which we hadn’t spotted the previous evening.

We spent the morning wandering around the river which is just a 15 minute walk from the hotel. The area is really pretty with brightly coloured houses decorated with tiles on one side and numerous port ‘caves’ on the other. The area is dominated by the Luís I Bridge which is a two level bridge with a road ridge at the bottom of the gorge and the metro high crossing high above.

At about 1pm we stopped for some refreshments and watched the world go by.

The weather is unseasonably warm at around 27°C (hopefully staying like that all week) and so it was good to relax in the sun.

We’d booked a food tour for the afternoon and so after a quick stop back at our hotel we went to meet the tour, just around the corner. We met our guide Teresa and two other couples, one from the United States and one from France.

We started at a coffee house with a strong coffee and a nata, a traditional cake off the region.

Next we walked to another place where we had a glass of vinho Verde and a cod fishcake, also both specialties, the latter even though there is no local cod and it comes all the way from Scandinavia!

Our third stop was at a small local bar where we had a pork roll (bifana) which was topped with a chilli sauce, washed down with a Super Bock!

The next place was a small delicatessen which served is done Portuguese red wine and smoked meats and cheeses and then final stop, back down by the river was to sample three different ports. We both decided that he tawny port was the best… On this occasion!

By now it was almost 7pm and so we headed back to the hotel for a shower before going out again. After a few drinks we decided to try and get a late meal at the restaurant attached to our hotel. However, the server didn’t seem interested and so we headed back out to find somewhere. (We probably shouldn’t have bothered!) As it was gone 11 we called it a night as a combination of the walking and heat had tired us out!