Early alarm call today for a game drive. We were in the vehicle by 6.20am and headed out into the park. The sun was just coming up and the sky was clear blue.

The first thing that we saw was a small group of giraffes reading a thorny bush. We moved on as James had heard a rumour about a cheetah. We didn’t the next hour or so scouring the landscape for signs of it. Eventually James turned off the track and headed towards a bush. There, led in the shade, was a pregnant cheetah. We took some quick shots and then moved away. 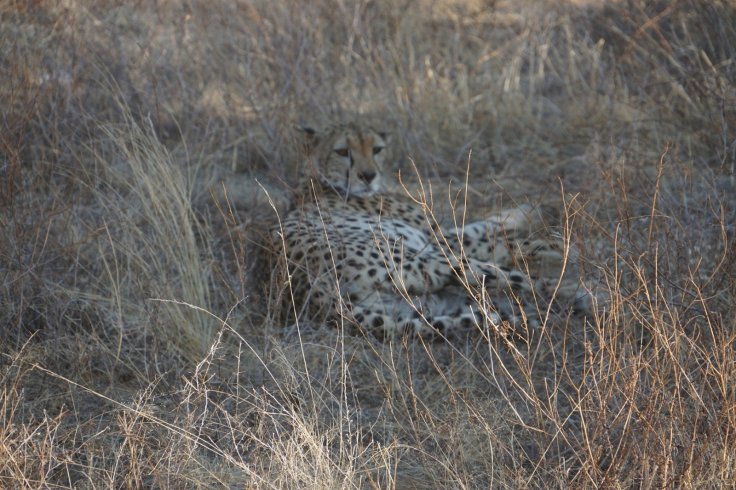 Next, we drive over a bridge into the Buffalo Springs area. We climbed the hill from the river and spotted a herd of elephants. While we stopped, more and more came into view until we could see a herd of at least 100 animals. It was an amazing sight. They were headed to the river and we spent some time watching them, including a massive adult.

We eventually moved on and almost immediately saw a large number of giraffes, at least 15 in total. After a little while we moved, and see some Gravy’s zebra. We were just watching these animals when another large group of at least 20 giraffes came into view. James said that it is rare to see so many close together. We also saw some ostriches in the area. 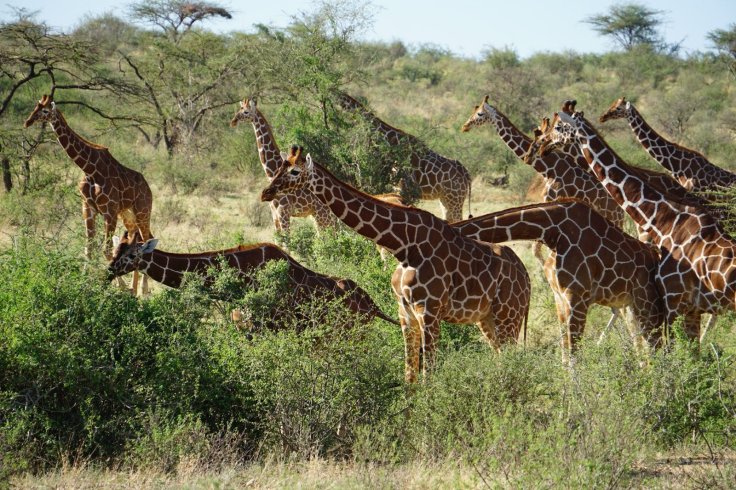 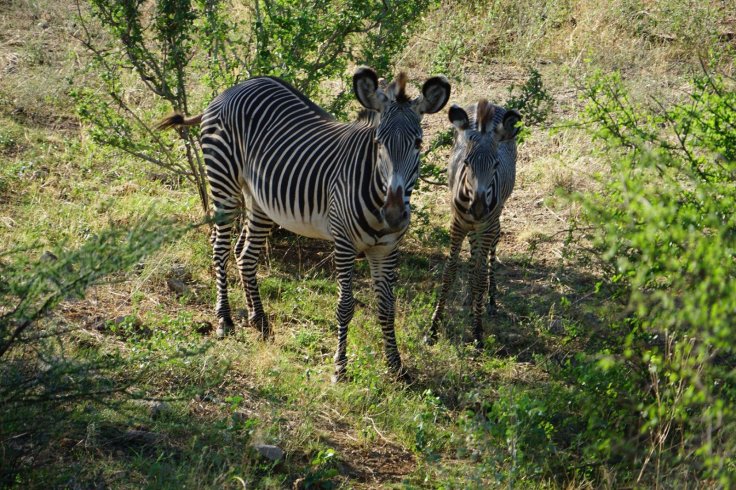 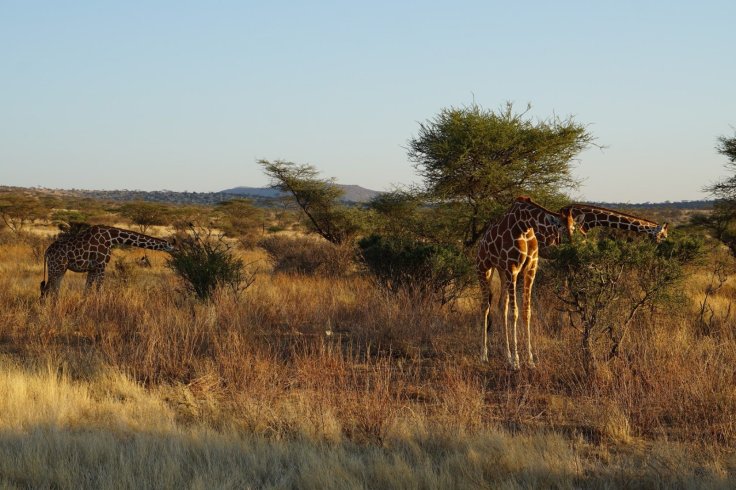 By now it was time to head back to the lodge for breakfast. We re-crossed the bridge and started the journey back. However we soon darted off the track. When we arrived at the river we saw the same group of lions that we’d seen yesterday, only this time they were a bit closer. Also, in the background, we could see some elephants cruising the river. It was amazing to see! We spent some time just watching and then it was time to leave.

During the final run in, we again veered towards the river to get sight of a much larger group of elephants also cruising the river. Reluctantly we moved off and got back to the camp at about 9am where we had breakfast. It was a pretty incredible morning!

It’s a lot hotter in Samburu than Nakuru and by 10 am it was getting pretty warm. After a shower we spent some time in the veranda sorting through this morning’s photos. I had booked a massage which was very relaxing. By then it was lunchtime so we retired to the bar for a drink and some food.

At 2pm we met James again and headed back to the exit of the park.

Just after the exit we stopped at a Samburu village. Here, for a ‘small’ fee, we were guided stone the village, had some songs sung to us, had to join in the dancing, see inside one of the houses and saw the crafts that they made. 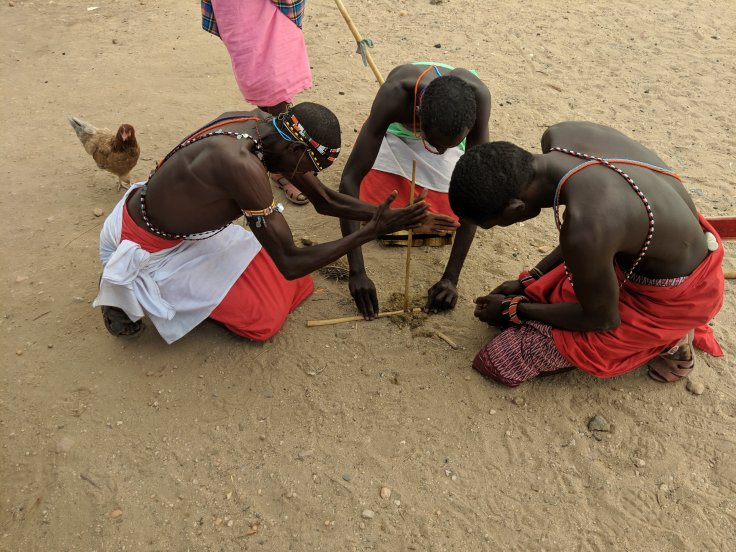 We entered Buffalo Springs park and after a short while stopped at the spring. We were told that they were made by two bombs dropped by a British aircraft in world war 2 by a pilot who looked down and thought he saw African soldiers. They were buffalo, but now the holes are constantly supplied by spring water. 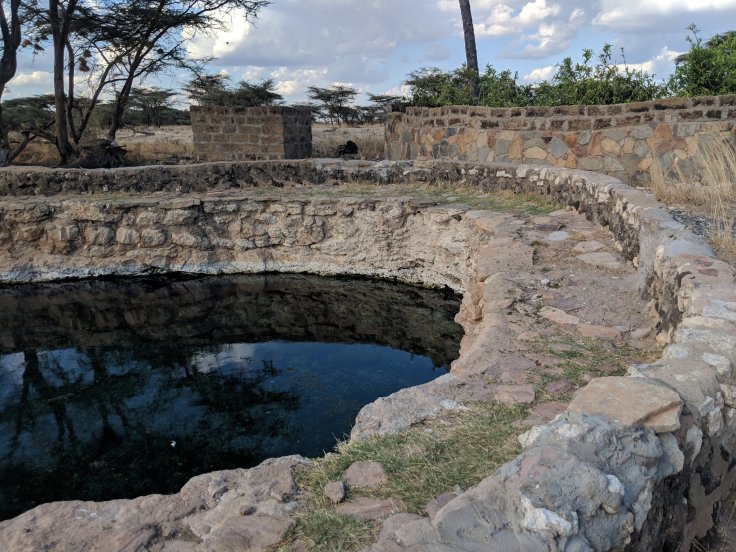 James had word that there was a big cat spotted. We moved quickly to a place, underneath a large tree where there was a leopard lazing on a branch. We stopped and took some photos. At this point there seemed to be a problem with the vehicle as James could not start it! He thought that there was a problem with the battery which had come loose! Fortunately there were plenty of other vehicles around and one of the other drivers moved their vehicle in between us and the cheetah so that James could get out and sort it! It wasn’t really as dramatic as it sounds and the leopard didn’t even move at all during the whole incident. 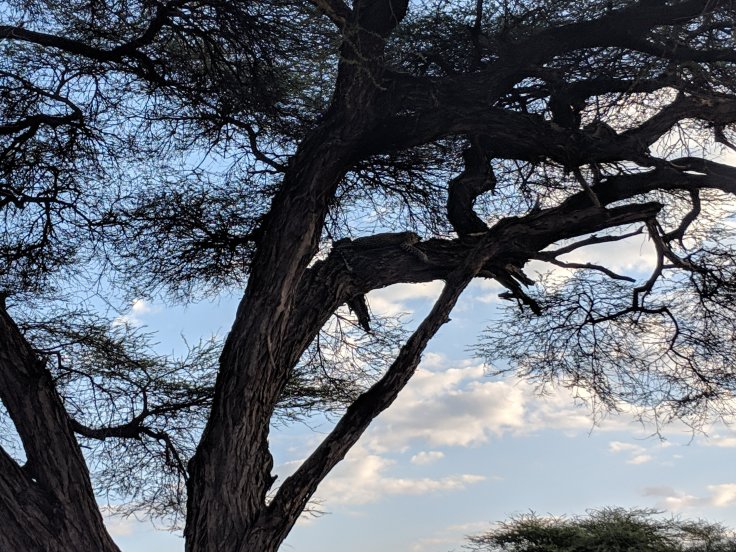 The rest of the drive was incident free and we saw another incredible sunset as we were coming back into the camp just after 6pm.

After a shower and freshen up we headed to the bar for a Tusker and to view the photos. Dinner tonight was a buffet affair and we had another relatively early night. Tomorrow we fly to Masai mara.