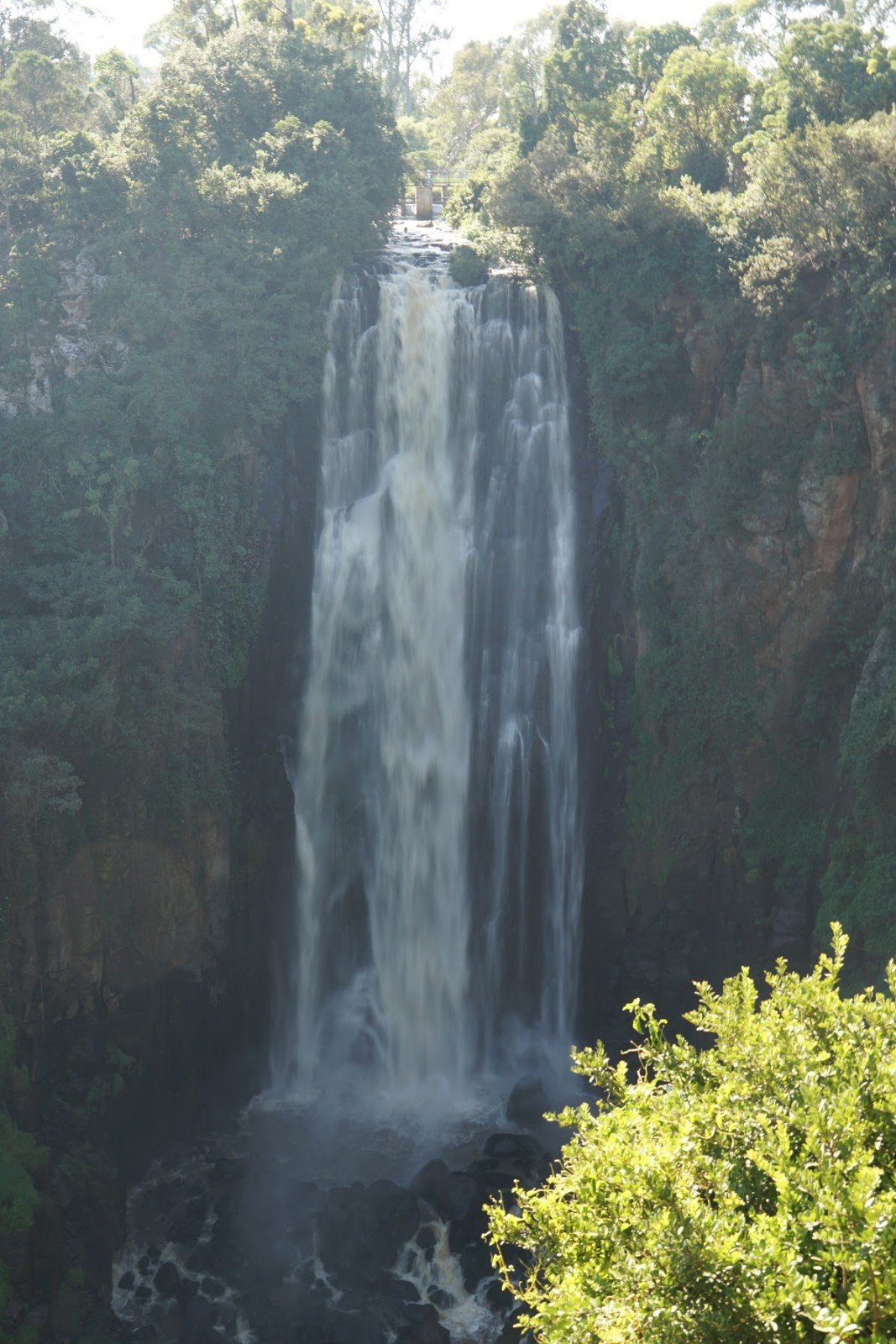 Alarm camera at 5.30 am for an early breakfast and departure to Samburu. The journey today is, apparently, a long one. After breakfast we checked out and climbed aboard.
The first part of the journey was retracing the route back towards Nakuru. The sun was low in the sky, there was a heavy dew and a low mist, but not a cloud in the sky.

We headed north and, like when we left Nairobi, it was mainly climbing into the hills. We passed through a number of small towns in the way, but in the main the area was more rural, with farthing communities.
After a couple of hours we arrived at Nyahururu, which used to be called Thomson’s Falls. It was named after the waterfall just in the outskirts of the town by the explorer Thomson, in the late 19th century. We stopped at the falls due a quick photo before driving on.

About 15 minutes drive later we stopped to commemorate posing over the equator. It seems we’d already crossed it once on the drive from Nakuru heading north and this time we were heading south.

At the equator there were a couple of signs erected and we were shown a demonstration of the coriolis effect which means that the water spins out of a bowl clockwise in one hemisphere and anti clockwise in the other. The effect might be real on a large scale, but there was definitely some fiddling in the experiment to show the effect! We bought the compulsory certificates to mark the occasion and had some photos taken! We’ll cross the equator once more today before we arrive at Samburu. 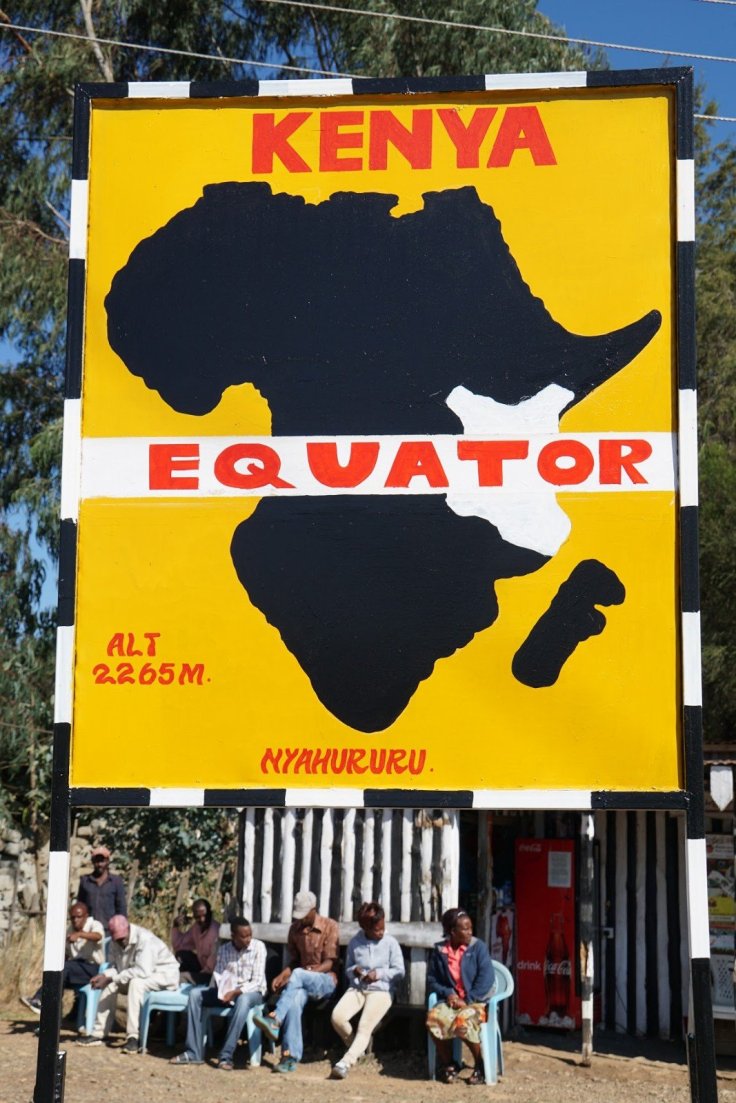 From this point we could also see Mount Kenya in the distance, although the view want great as it was very hazy.

About 90 minutes later we turned sharply left onto an unmade dusty road with lots of potholes. It seems that this is a short cut! We faced along with a conservancy on our left. After about 20 minutes we reached tarmac again and headed north with Mount Kenya on our right, but now with cloud obscuring the summits.

We eventually arrived at the entrance to the Samburu national park at 2pm after a long hot journey. On the way to the accommodation we saw a reticulated giraffe and an ostrich family.

We arrived at our camp which is right on the river. After filling in the usual forms we went straight to lunch in the restaurant which looks over the river. Three courses later we headed to find our room.

The rooms here are actually permanent tents and despite this are pretty luxurious with ensuite, electricity and a fan over the bed! 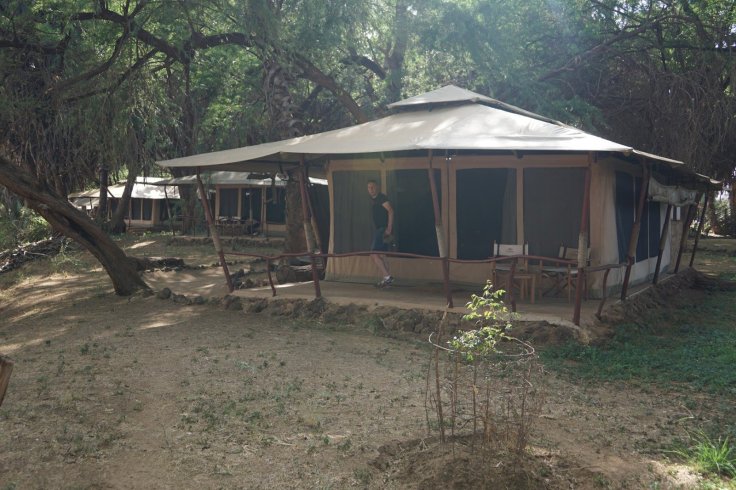 We met James at 4pm for the evening game drive. We didn’t see lots of different animals but we did manage to see both an individual male lion anda family group. Finally, just as we were about to head back, we heard about a leopard that had been spotted and we were lucky enough to see her too! We arrived back at the camp just add the sun was setting.

We had a shower and then took some time at the bar to review the photos. The bar man took us to a veranda overlooking the river and just below is, no more than 6 feet away, was a huge crocodile. 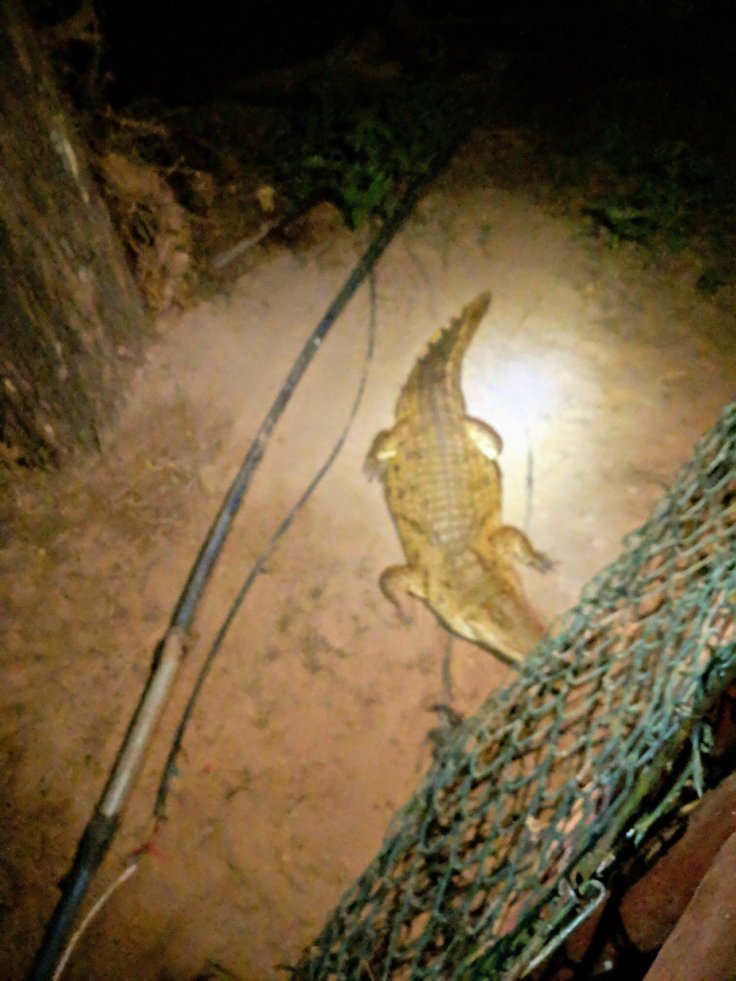 We had a beer and then another three course meal before heading to bed by 10pm for an early start in the morning!