We had a lovely breakfast in the hotel… Scrambled eggs on toast without and beans or tomato sauce (!) and then met the group for the orientation walk at 9.30.

It was already very hot and we wandered to the main square and then and some of the other streets. The architecture here is different again… Quite French in places and also some art Deco buildings. This church was built from stones of old Mayan ruins and you can still see some of the inscriptions in the current building. 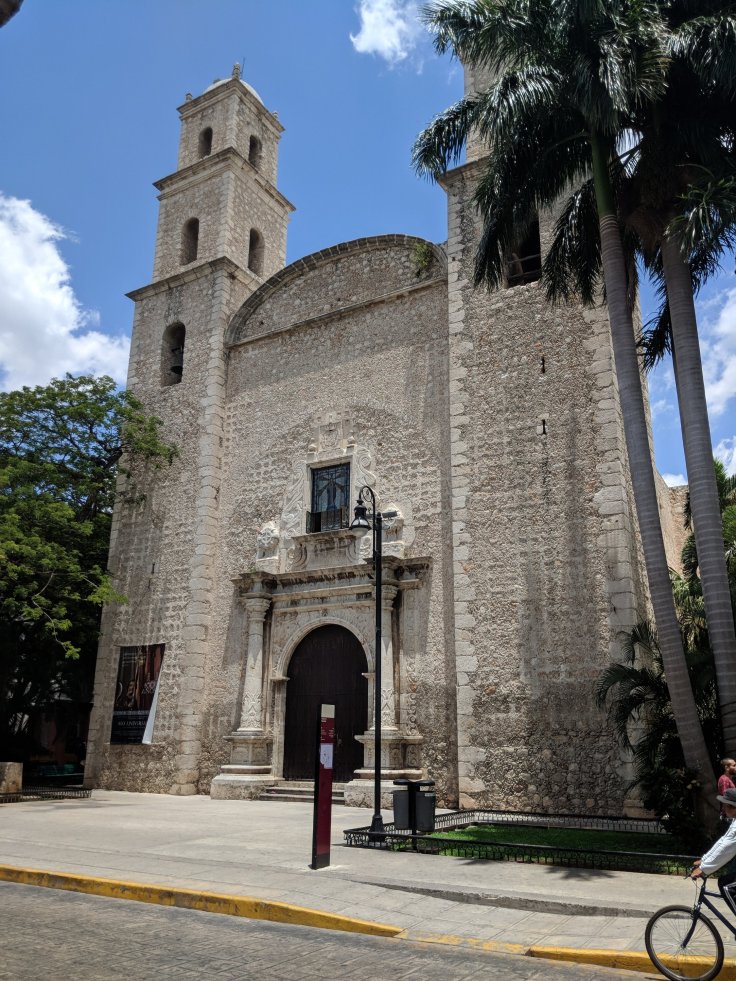 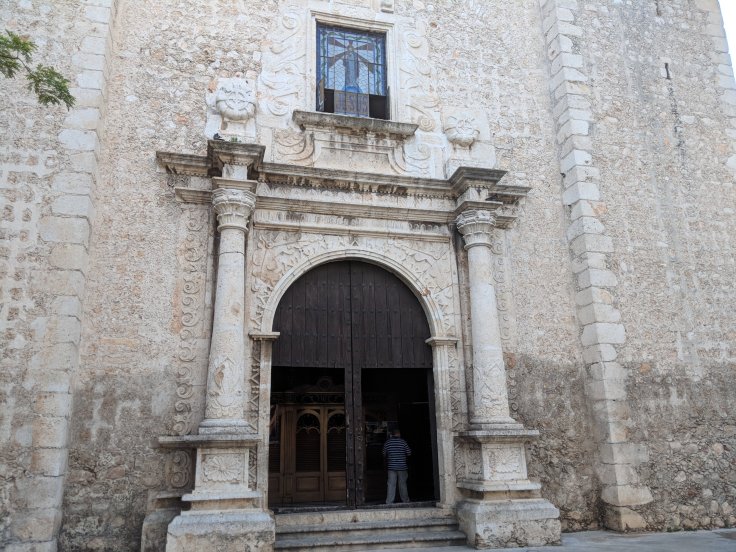 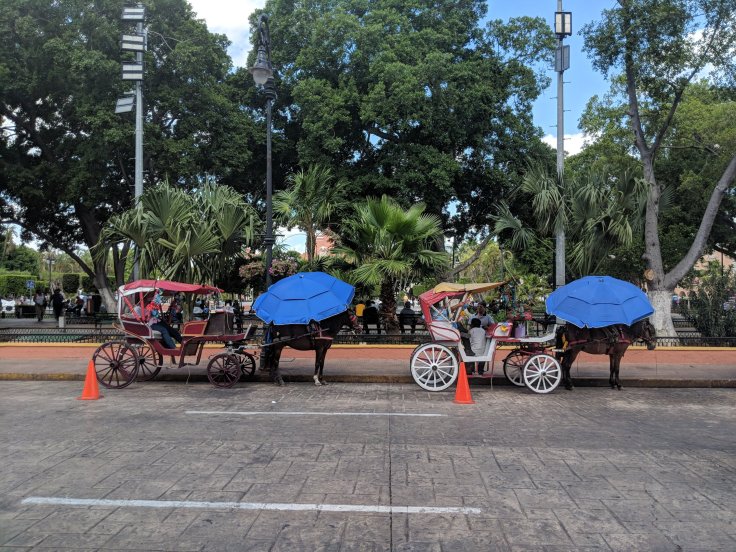 We were left to our own devices for about an hour and Ed and I spent some time just wandering! We took some photos in the main square and had a quick refreshing drink overlooking the main square. 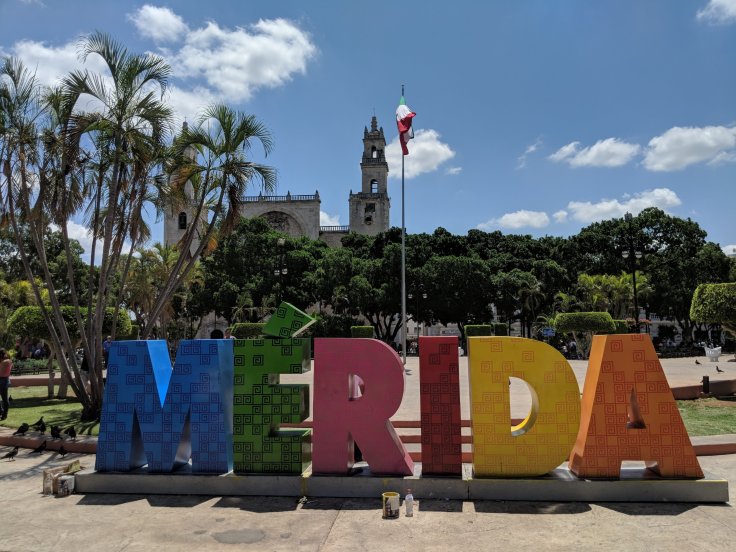 We strolled through the markets before finding somewhere for lunch and we were grateful for the air conditioned interior! The thermometer suggested that it’s 37 degrees!

We headed back to the hotel and on the way stopped for some lunch in another air conditioned bar/restaurant!

Back at the hotel, after a freshen up I took a long dip in the swimming pool before getting ready for our evening activities.

First, Valleria took us to a Cuban style bar where we sat outside for a couple of hours drinking the home made brew! There was a band playing and the atmosphere was good and some of the group tried a little dancing, although not Ed or me! 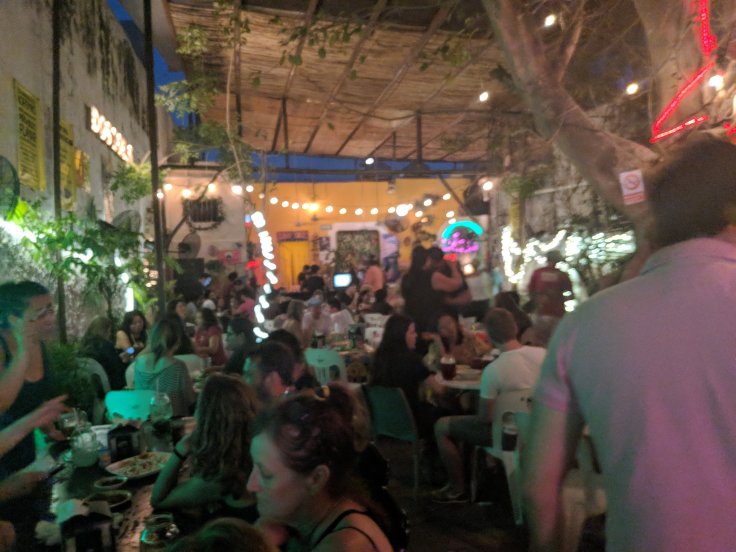 After that, we walked to the meeting point for our evening cycle ride… Yes, after we’d had a drink!

There were hoards of other cyclists congregating and we headed off, without lights (!), around the streets and suburbs of Merida. The trip was well organised with cyclists stopping the traffic when we crossed intersections! Halfway around we stopped for a break before heading back! It ranks as one of the most bizarre experiences that I’ve had on an Intrepid trip, but definitely worth doing! 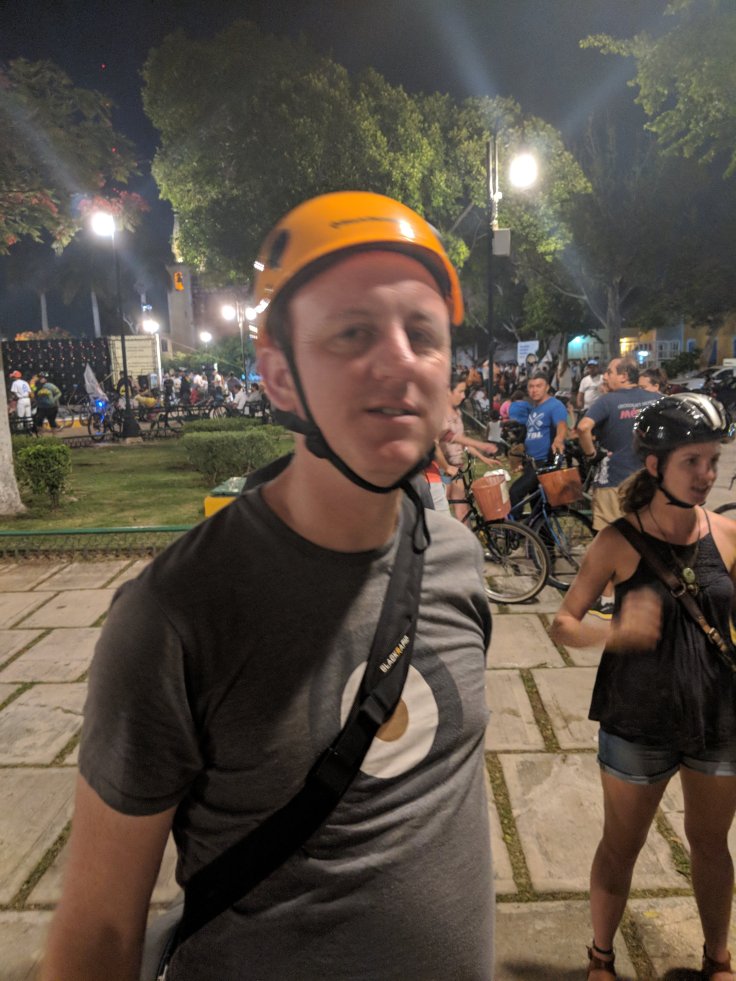 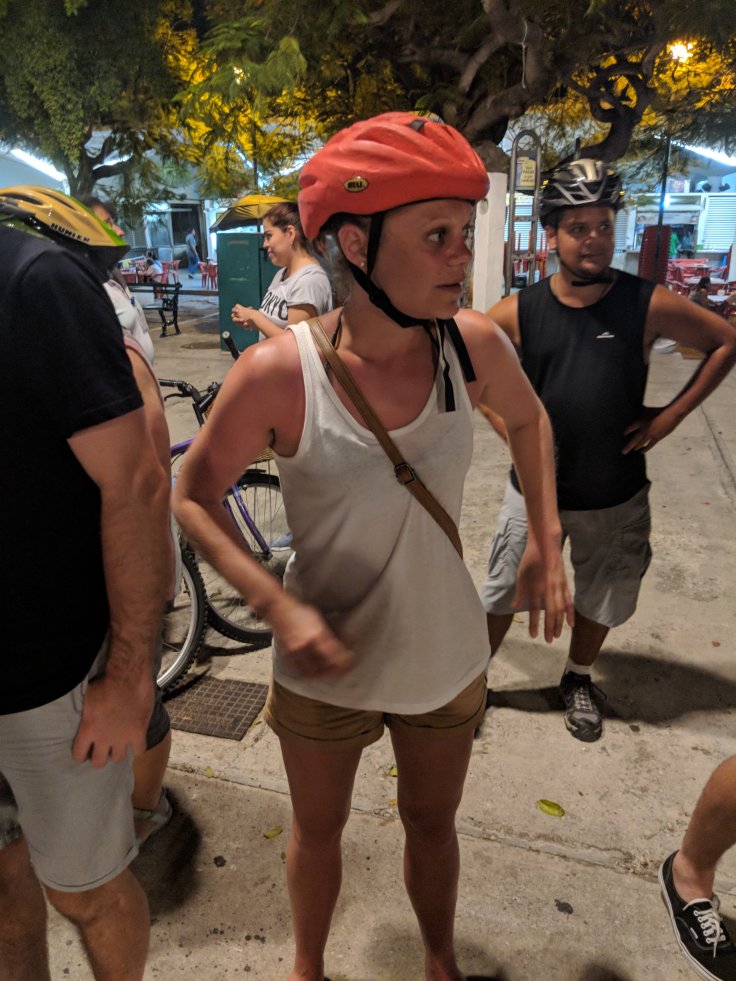 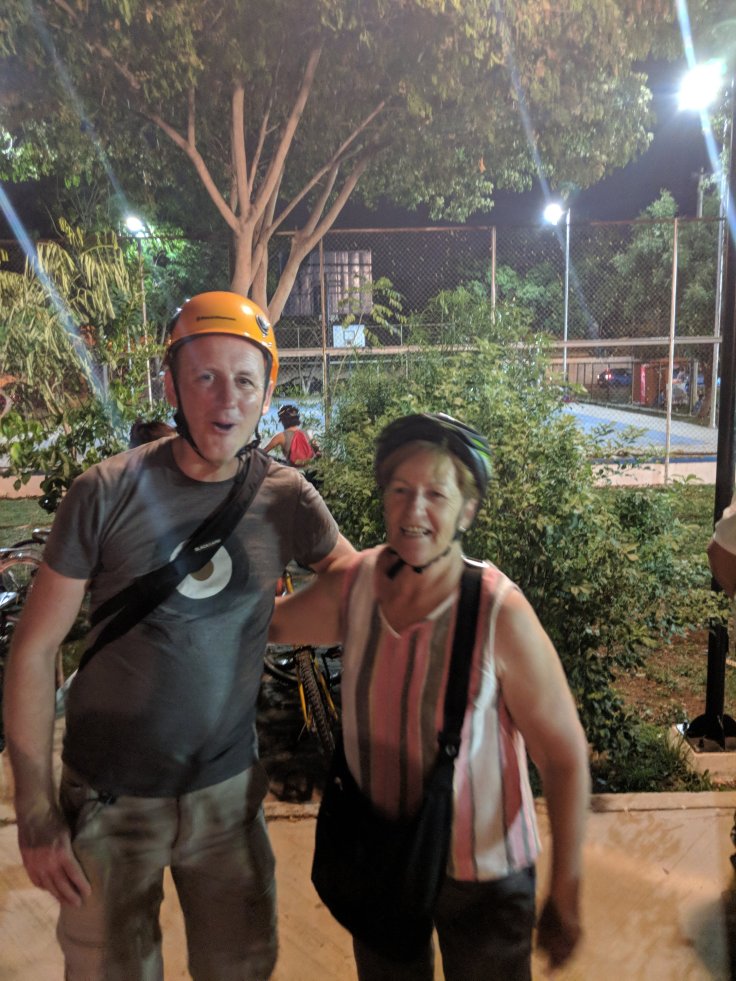 After the ride, at about 11pm, we walked the short distance back to the hotel to bed!