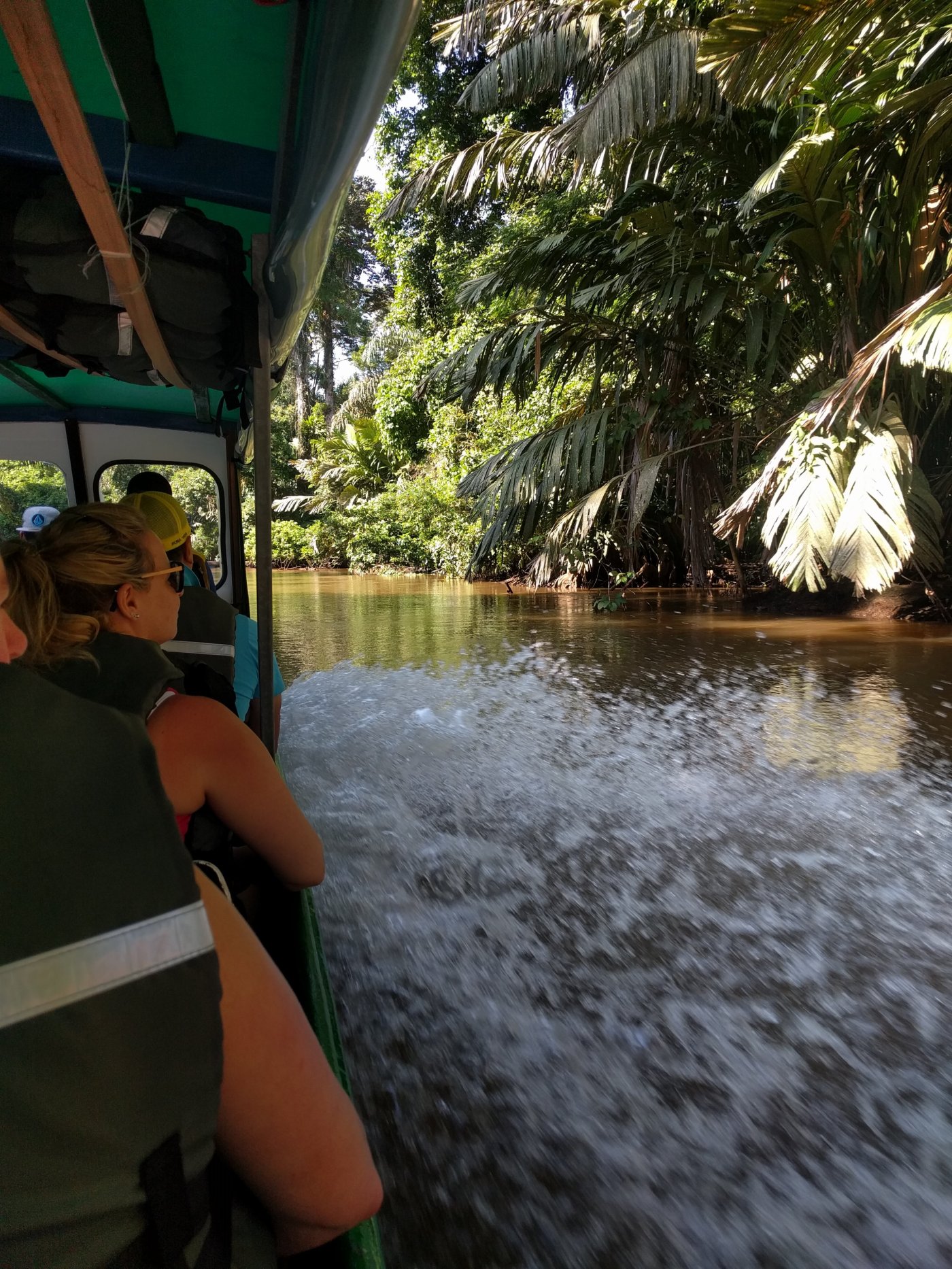 We were up early again and had a tasty breakfast at the hotel of scrambled eggs and pinto rice.  The coffee however was not great and we’re still to taste some really good coffee in Costa Rica.

We met for our scheduled departure of 8am and transferred back to the same river boat for the return journey upstream. The sun was bright and the colours on the water amazing. 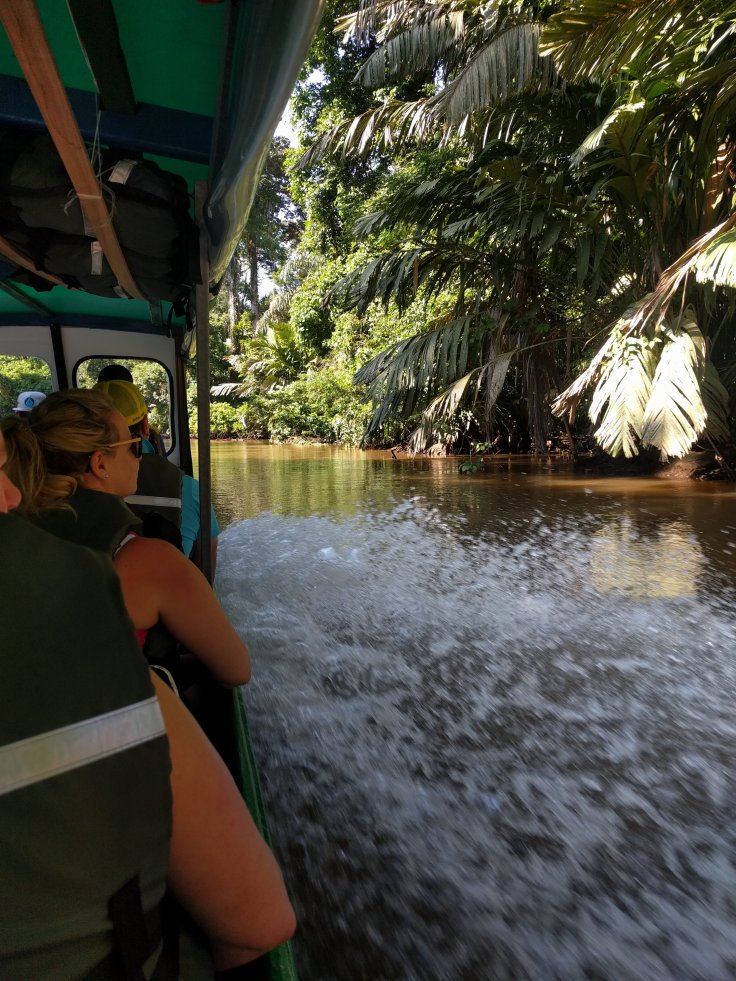 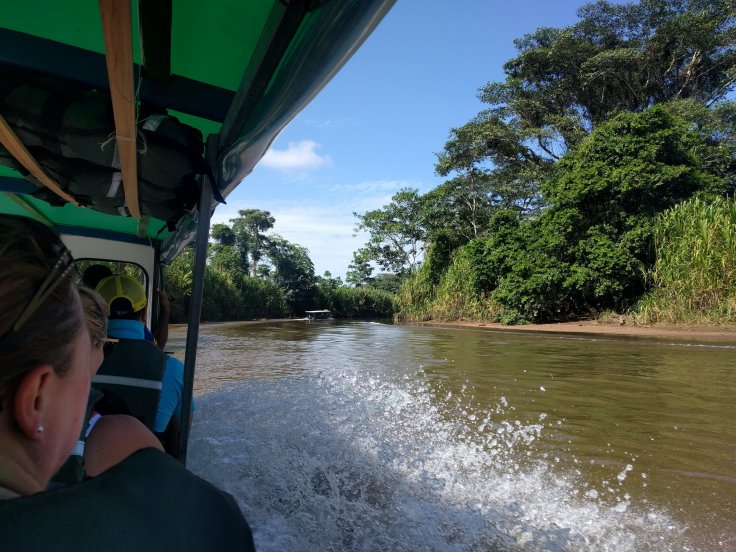 On arrival at La Pavona we met a private bus, which we will be using for our next three transfers, for the 3.5 hour journey to Sarapiqi.
On the first part of the journey Fran explained some of the key income of Costa Rica, 47% of which is derived from tourism.  The next biggest industry is agriculture with pineapple, bananas, coffee and tapioca being the most exported crops.

Before we reached the made road we stopped to spot our first sloth…a two fingered version who was in the tree above the road.  By now it had started to rain, but we all decamped from the bus for a better view! 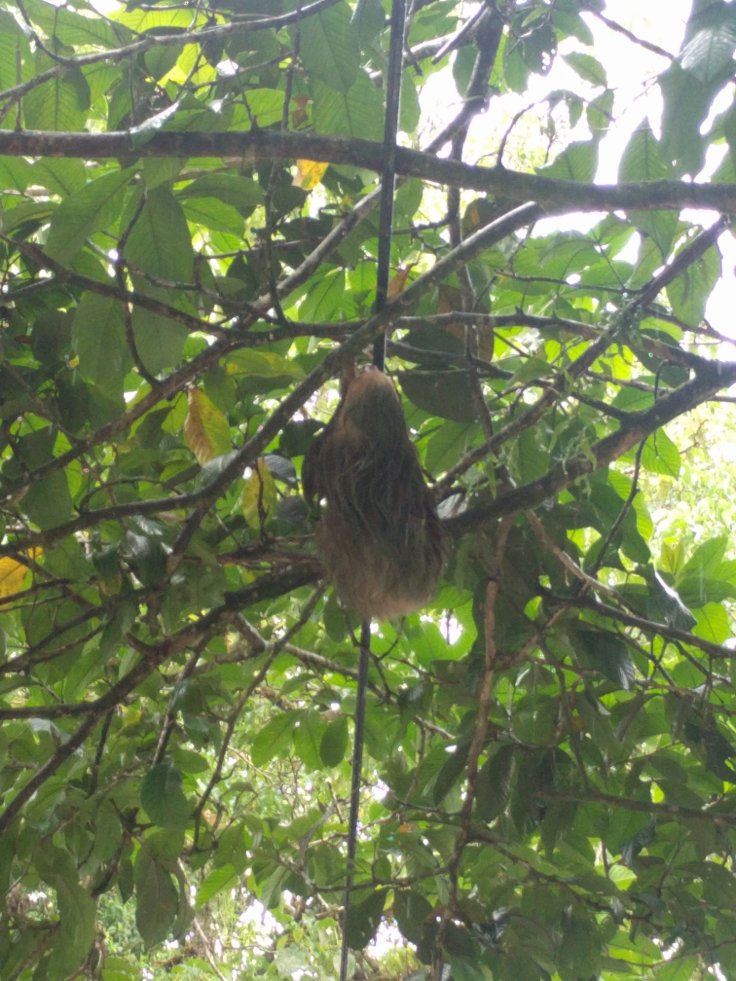 We moved on heading back to the interchange that our first bus stopped at.  Here we pulled up alongside a fruit shop/stall and were able to try some of the local fruits, including sour sop, amberella, rambutans and also a local sweet, tasted like coconut, looked revolting but was very tasty! 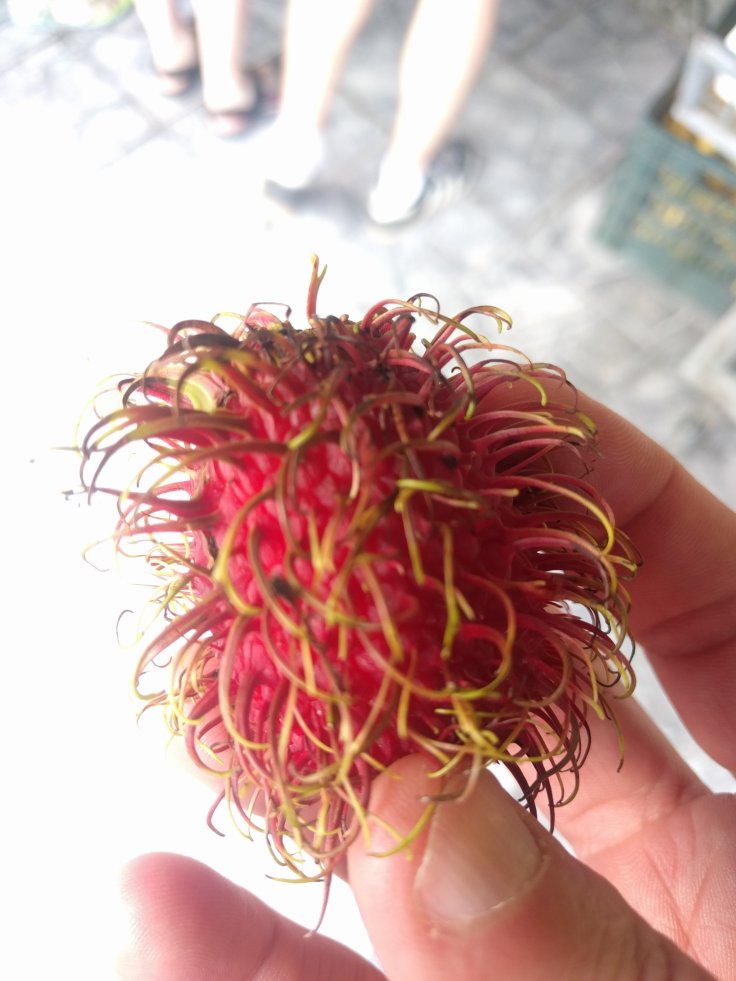 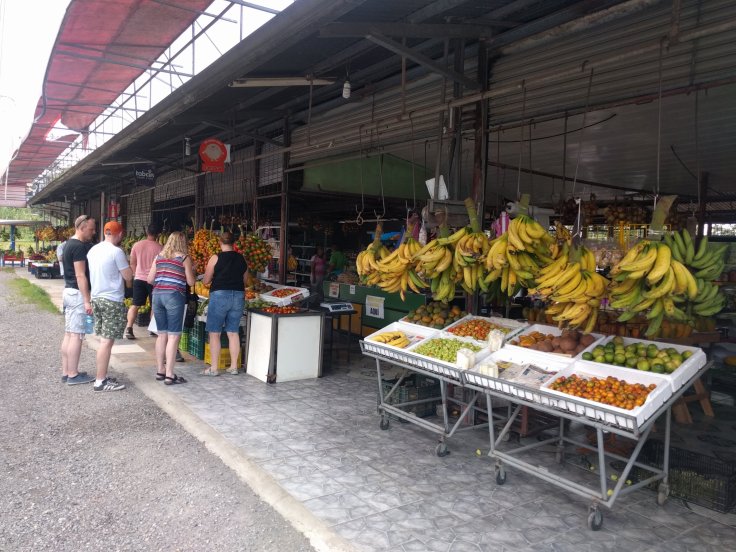 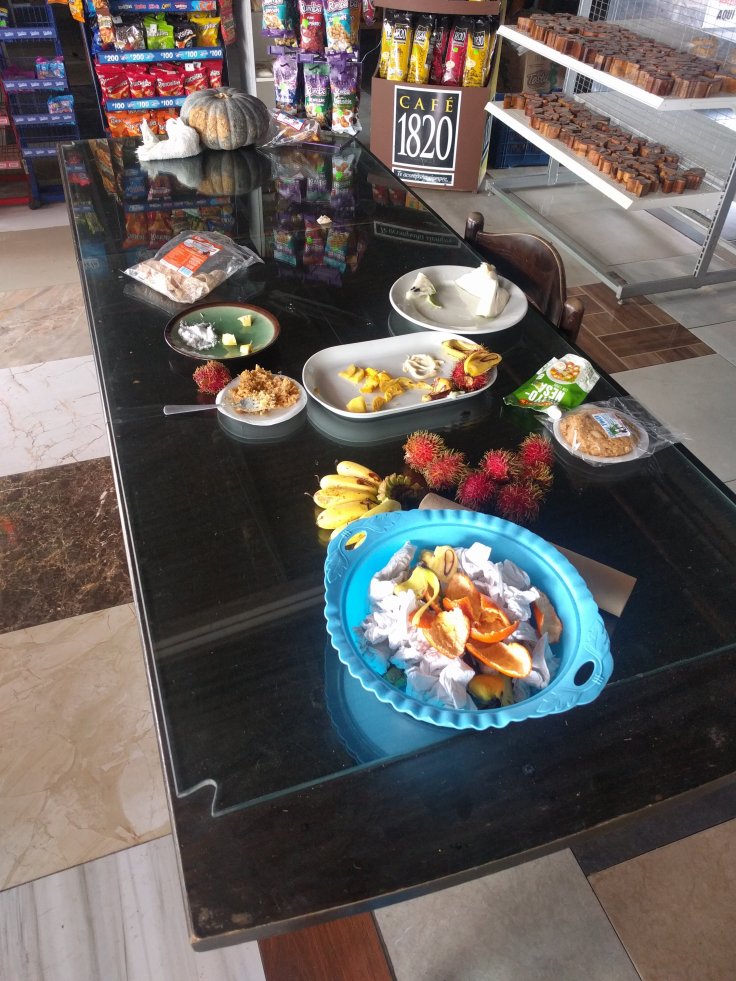 The final 45 minutees of the journey to Sarapiqi was along long straight roads with agriculture on either side. We arrived at our hotel…more of a jungle lodge really, and were allocated our rooms.  Ours is a treehouse with a tree growing through the centre of it and also in the bathroom! 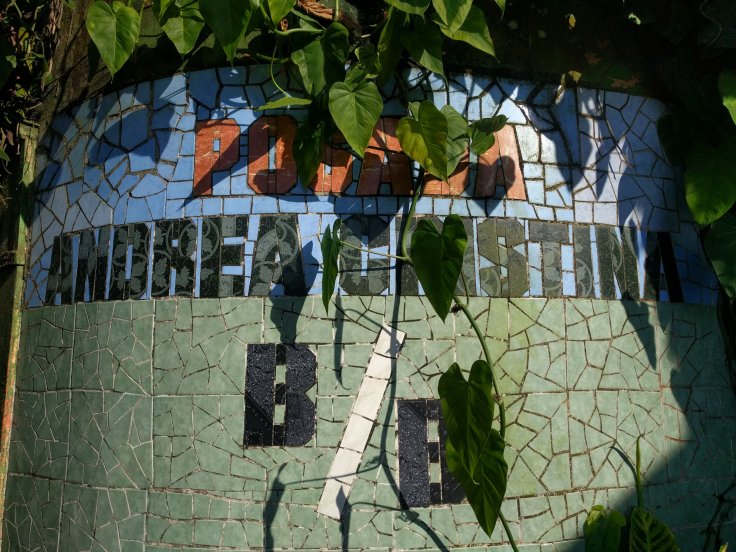 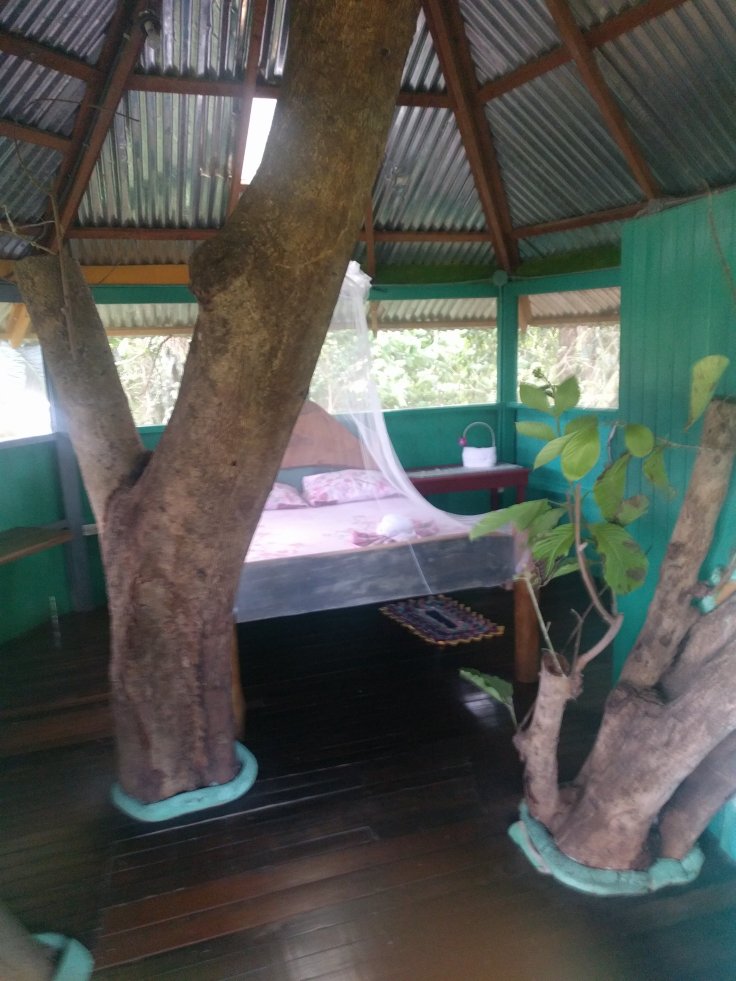 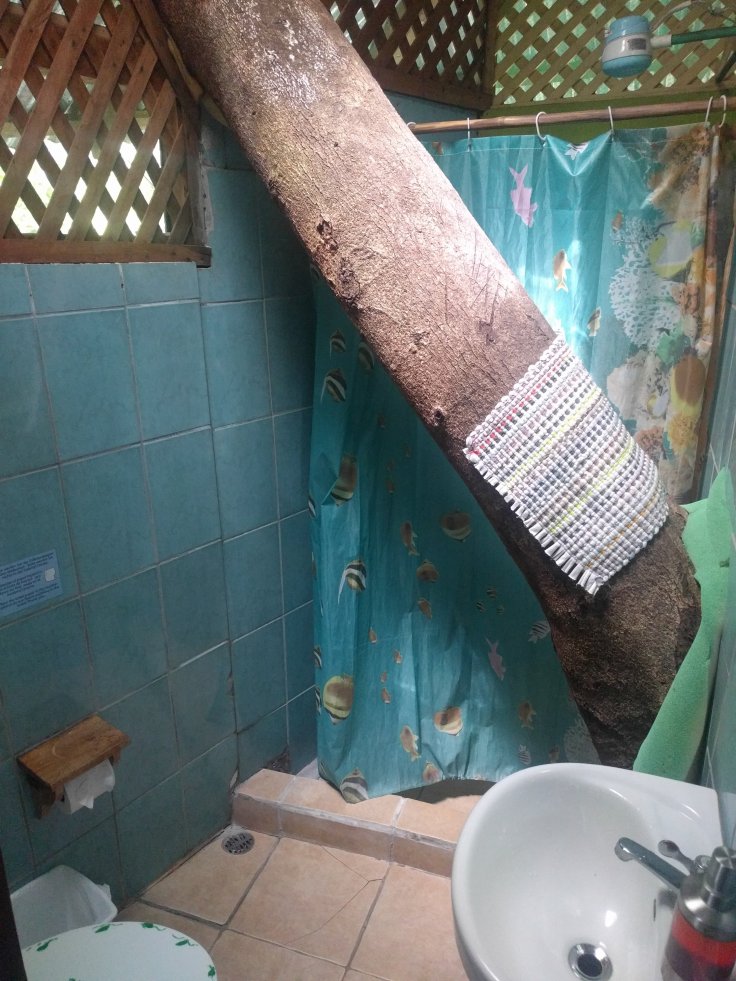 The lodge is situated amongst loads of trees and shrubs and from the communal area you can see loads of exotic birds.  We also saw a rather large iguana climbing a tree just 10 m in front of us. 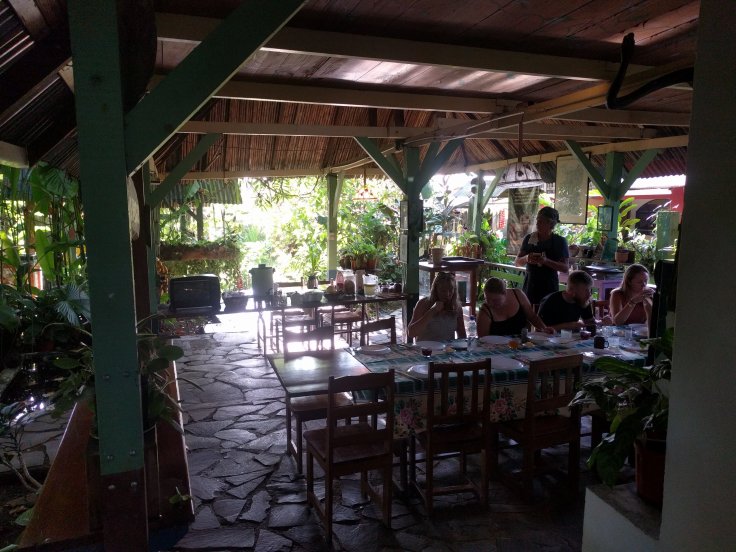 After deciding what we wanted to do over the next couple of days, we walked into the town and had some food and a beer. We’d decided that this would be a ‘rest’ day and so once we had returned to the lodge, we spent the time sitting around and relaxing with the odd bit of bird spotting.
We got a taxi a bit later to a local restaurant where we were also able to spot a couple of the ‘famous’ green tree frog with red eyes!  After returning to the lodge I finally felt that I had beaten the jet lag as I managed to stay awake until 10.30pm chatting with our fellow travellers.