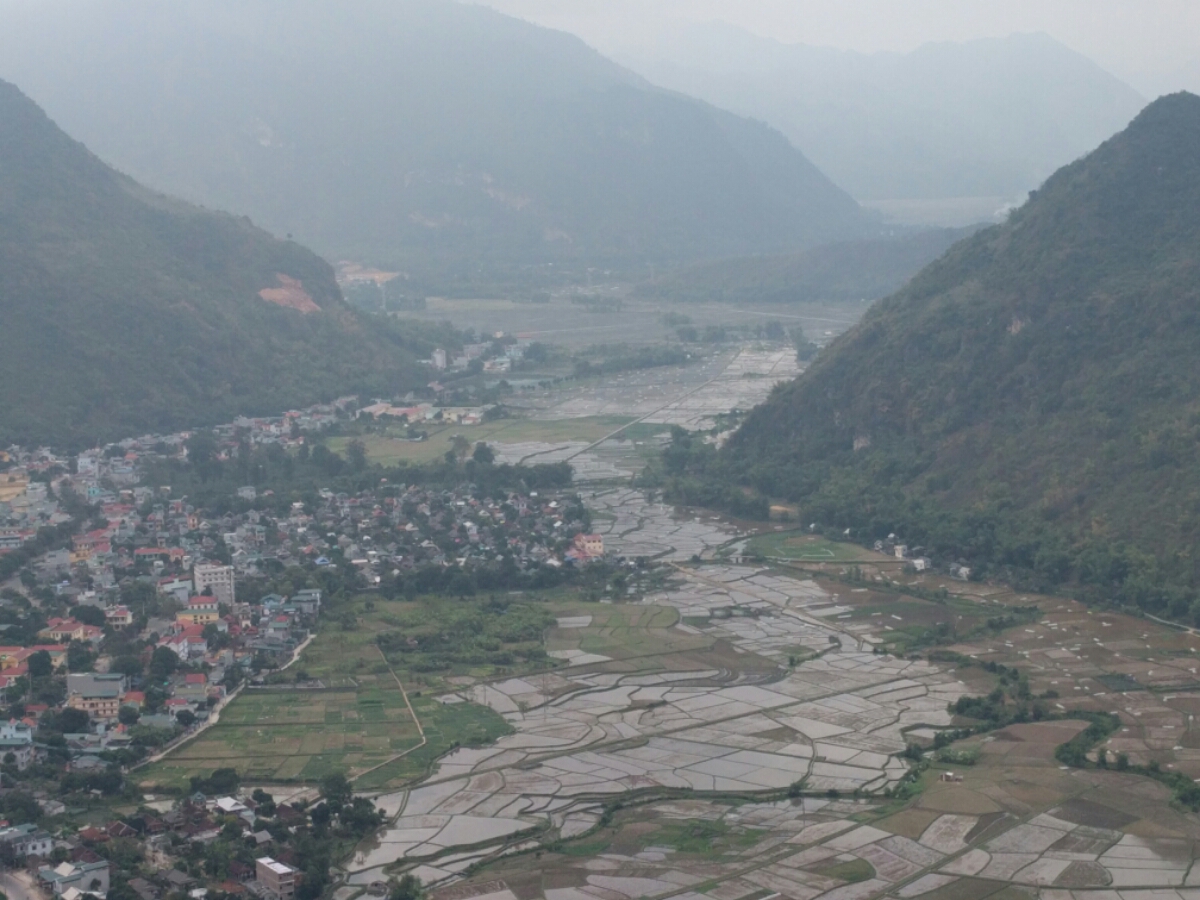 Had a reasonable nights sleep, although there was a bit of a fight in the night between the local dogs, right underneath our room.  The cockerels also seemed to be in good voice and I woke up early. The sounds of the countryside, including the cattle in the attached stable made an interesting difference to the frenetic sound of the motorbike horns!

After breakfast, which consisted of a roll and fried egg, along with laughing cow cheese, we got back on the bus for the return trip to Hanoi.

The weather was overcast and as we climbed out of the valley, we stopped for a view of where we’d been, before we disappeared into the mist. 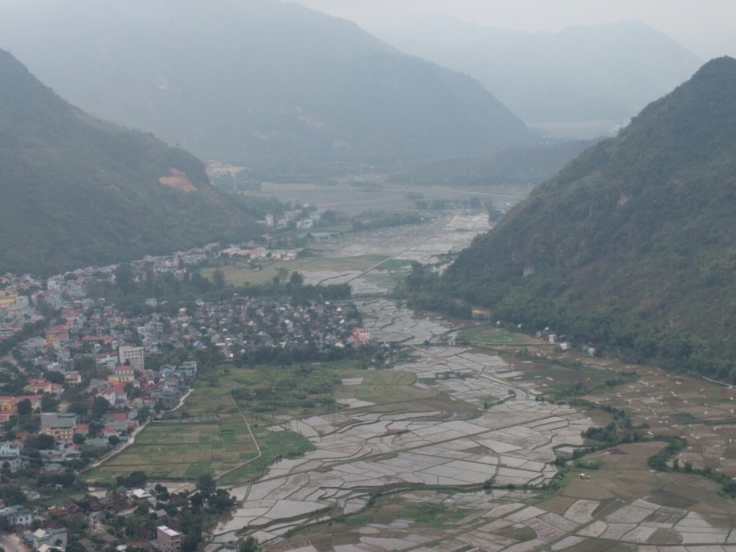 We stopped in the way back at the same road side place, before arriving back in Hanoi at 1pm. We rechecked into our hotel and had a shower and change before meeting up with some of the others for lunch at a little place just along the street.

The menu was in Vietnamese and there wasn’t much English spoken so we ended up with some fried rice with chicken/beef and also some deep fried chicken. Anyway, the some thing only cost about £2.50 each, including a drink.

Some of us had opted for an optional bike tour in the afternoon and we meet back at the hotel at 2pm. Once we had our safety brief and had checked that it bike’s brakes worked, we cycled off!  After a short distance through some pretty tricky and busy streets, we arrived at the Cau long bien, a 2.5km bridge that spans the red river. 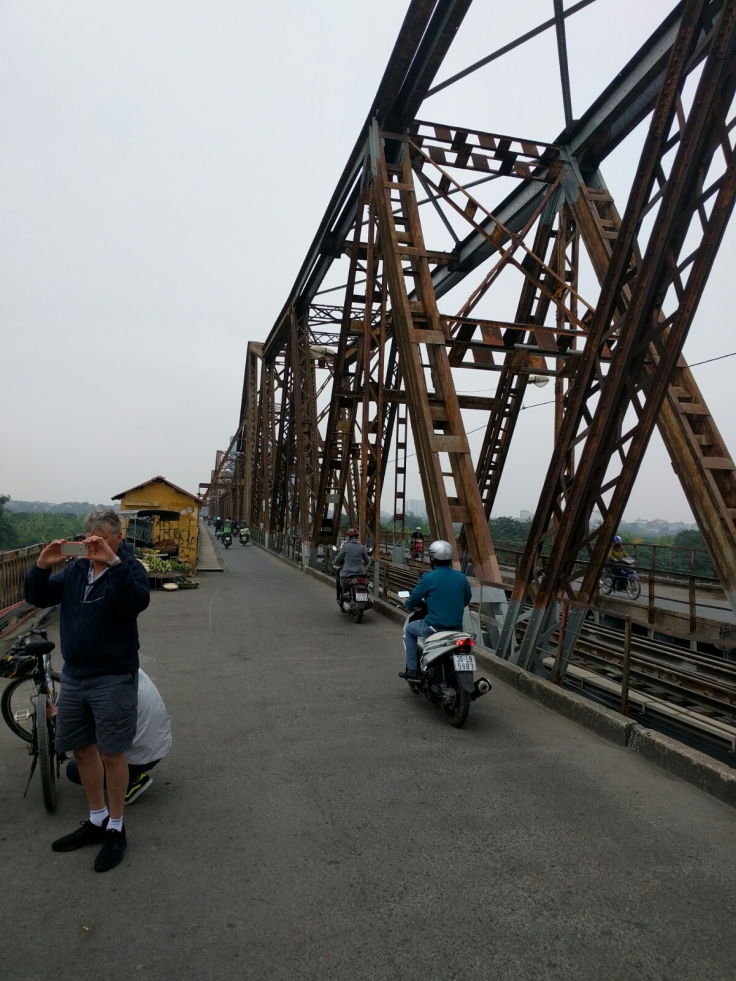 It was built by the French at the start of the 20th century and resembles a dragon, which we couldn’t see until we travelled further away.

A short while later we stopped at a place where we could see the places that locals come to get away from the city. 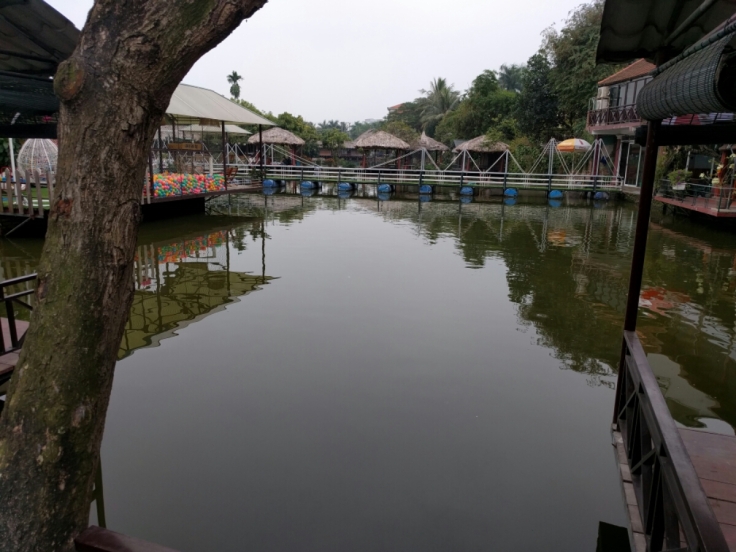 The scenery and atmosphere was so different that it was hard to imagine that we were cycling through areas which were only less than 2km from the hustle and bustle of the main city.

Our next stop was at a bonsai tree nursery… A bit like an allotment, where the growers await a sale. There were some impressive trees there. 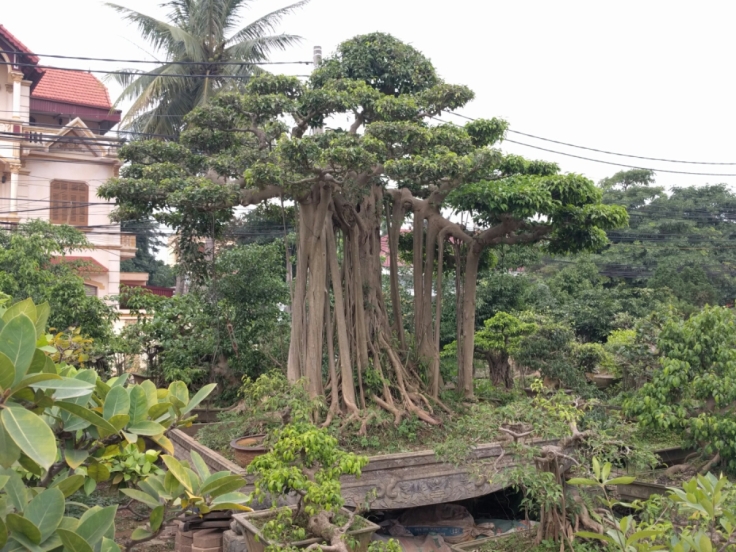 We cycled on, through the outskirts, before stopping at a temple. The gilding on the temple was amazing, and we saw them preparing the statues made out of wood and paper which would be burned as part of the new years festivities. 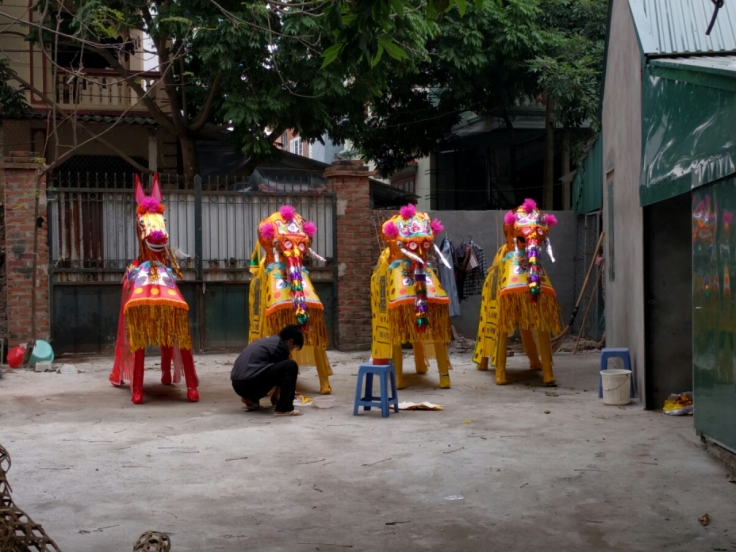 After this, we headed to a local house for some green tea and fresh fruit.

Our final visit was to the plantation on the island in the red river. It is mainly bananas and we cycled around the concrete trails, stopping to see people who have made their houses on floating pontoons. These are apparently some of the poorest people in Hanoi and have him come from the countryside to try and make a living. They are farmers and tend the land around the island that we were on. 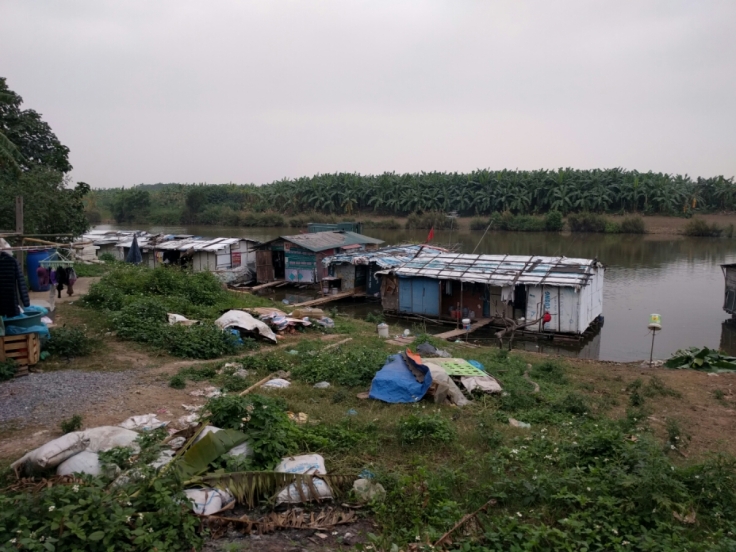 We cycled back through the rush hour traffic… Quite an experience! Once we had dropped off our bikes, Ed and I went for a quick drink before going back to the hotel and to meet the others, minus the Russians, for food.

We wandered back into the old quarter and managed to find the place that we’d eaten the previous evening. Some decided to eat there, but we wanted to try something different… Big mistake as we ended up in a local restaurant where the food was bland and, perhaps, the worst that we’ve had in Vietnam.

We walked back to the hotel, via the coffee house for a nightcap before going back to the room to get ready for Halong bay tomorrow!