After breakfast we met our group for a motor bike tour! 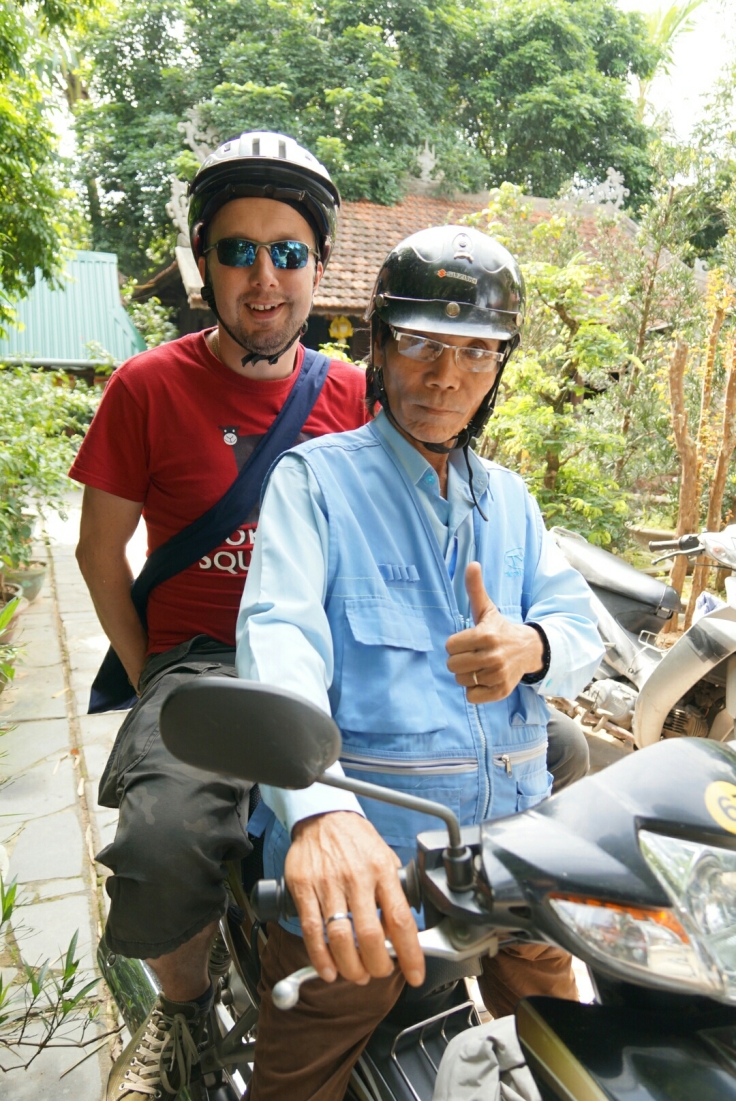 We drove for about 20 minutes through some back lanes and then out across some paddy fields. The breeze in the air was great, and despite the fact that we were travelling along, my driver, Roo, spent the journey trying to chat to me and by the time that we arrived at Than Toan, I think we’d covered just about every topic, including politics!

The bridge itself was built in the 18th century.

There was a local market and we had a look around before having a Vietnamese coffee! We also saw some of the aluminium boats which have been made from the remains of American helicopters. 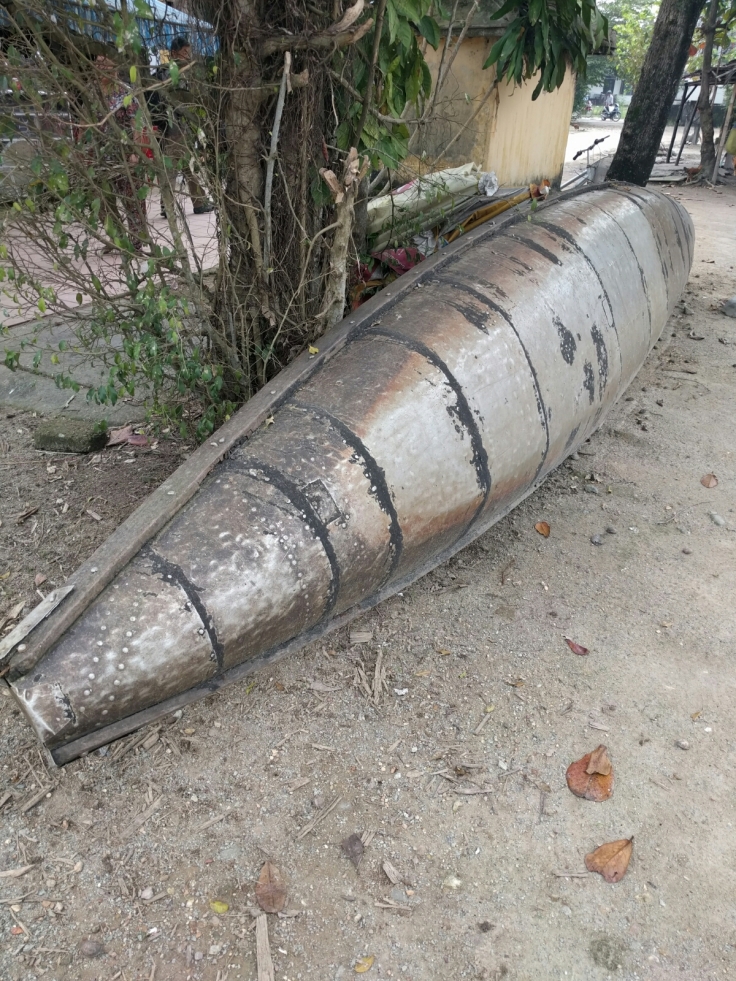 There was also a museum and a very friendly lady demonstrated how they moved water using a pedal wheel, and also how they fish!

We drove on and back to Hue where we headed to the citadel. This was the main residence for the royal family between 1802 and 1945. Much of the area was destroyed by both the French and Americans during the war and the Vietnamese are now busily restoring the old buildings.

The complex is huge, and has an outer moat, inner moat and a wall around the forbidden city, the area where the risk family had their private quarters. As with lots of places, there are plenty of reminders of the war with bullet holes in the walls! 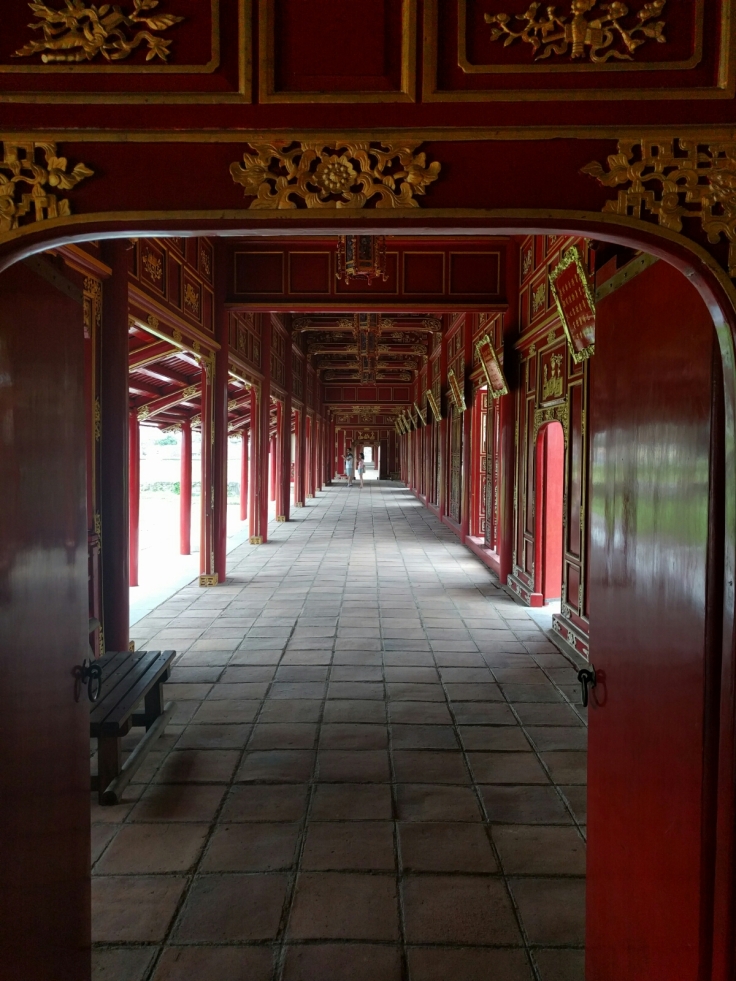 We rejoined our motorbikes and headed along the perfume river to Thien Mu pagoda. This is situated on the river and is a large complex with a pagoda, temple and gardens.

It is also the place where the car, an Austin, of a monk who burned himself alive, protesting at oppressive regime,is kept. 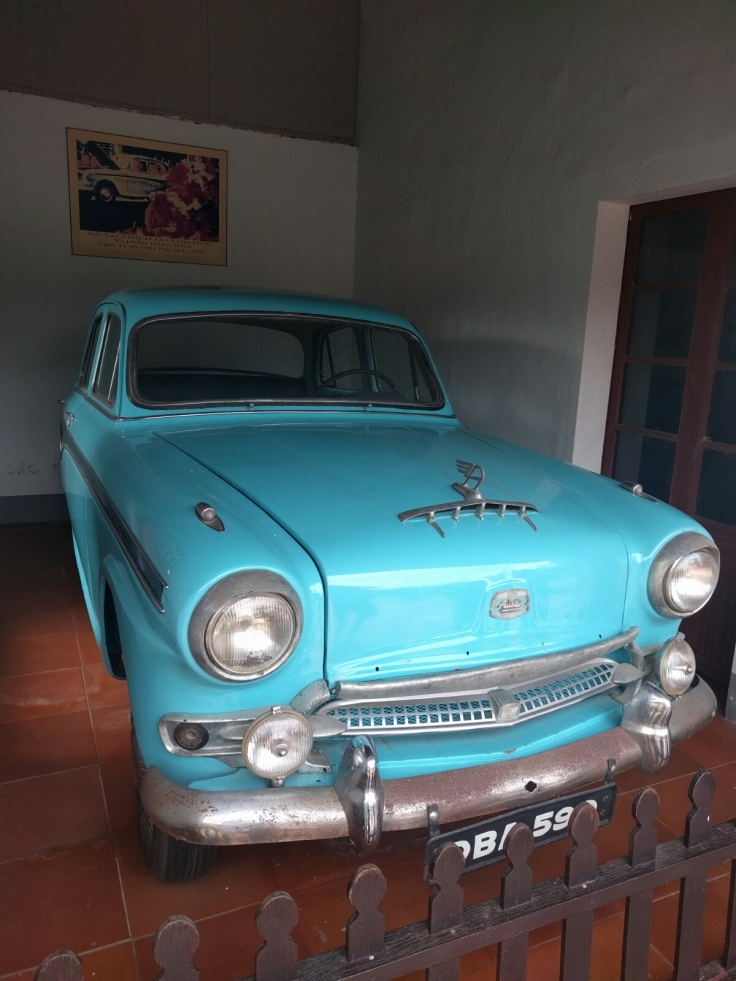 There was also a very jolly Buddha!

Next, we got on board a boat which we were told had been made out of an American mobile helicopter landing vessel for a cruise down the river.

We spent about half an hour on the boat before getting off and being driven by our guides to a monastery for a vegan lunch!

Finally, after lunch we headed back on the motor bikes to the hotel. All in all a very memorable experience and despite the chaotic nature of the roads, and the pure abandonment with which motor bikes seem to hurl themselves into roundabouts, I didn’t really ever feel unsafe!

After some time to freshen up, we left the hotel at 4pm to catch out overnight train, the Reunification Express, to Hanoi. We had ordered a take away that was delivered to the station and picked up some refreshments for the journey.  The train arrived and left on time!

The carriages are quite comfortable, or at least the one that we are in is, with only four of us a carriage, two up and two down. There are regular passing trolleys selling all manner of goods including food, drinks and t shirts!

After eating and having a chat and a beer with our fellow travellers in our compartment, we settled in early to write our diaries, prepare for bed, and get an early night (it’s currently only 8pm)… We have a 5.30 am arrival time in Hanoi in the morning!